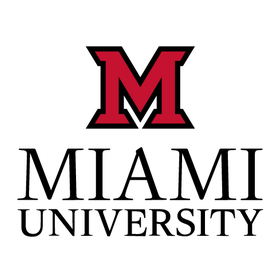 Nationally recognized as one of the most outstanding undergraduate
institutions, Miami University is a public university located in Oxford,
Ohio. With a student body of nearly 19,000, Miami effectively combines a
wide range of strong academic programs with faculty who love to teach and
the personal attention ordinarily found only at much smaller institutions.

Nationally recognized as one of the most outstanding undergraduate
institutions, Miami University is a public university located in Oxford,
Ohio. With a student body of nearly 19,000, Miami effectively combines a
wide range of strong academic programs with faculty who love to teach and
the personal attention ordinarily found only at much smaller institutions.

See and share stories about what Miami University students are achieving

News and announcements from Miami University 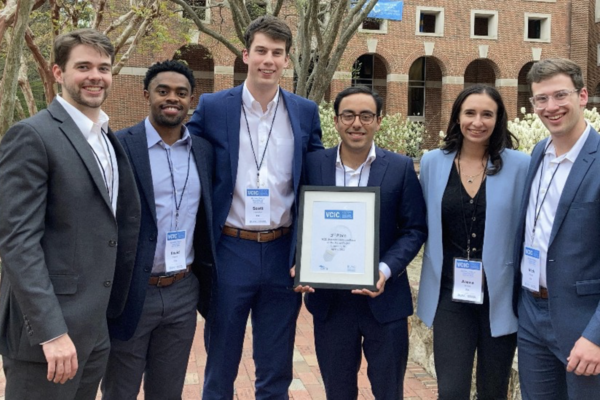 Miami University Student Venture Capital Team Makes it a Fourpeat at Global Finals
Miami University's student venture capital investment team won the U.S. Northeast Regional competition of the 2022 Venture Capital Investment Competition (VCIC), qualifying them for the global finals at the University of North Carolina at Chapel Hill. The team competed against eight other finalists from around the world and placed in the top three. 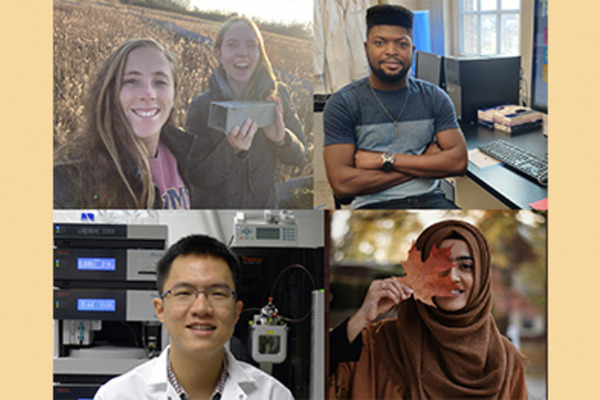 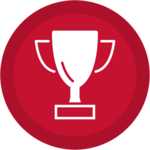 Miami University Student Places in Light Fixture Design Competition
Interior Design student Alli Brooks has won 2nd place in the 2020 Robert Bruce Thompson Annual Student Light Fixture Design Competition. The $2,500 Award of Distinction was made to Alli Brooks for her custom-designed light fixture, "Nocturnal." Intended for application to the roofs of bus shelters and other outdoor public environments, the product combines a skylight with a light-emitting diode (LED) light source to form an integrated natural and artificial light source. 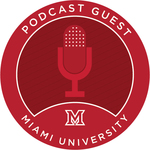 Academic competition - 2020 Jun 18
Miami University Graduate Students Win Three-Minute Thesis Competition
More than 50 graduate students participated in Miami University Graduate School's Three Minute Thesis (3MT) competition earlier this semester in the traditional face-to-face format. The 10 finalists competed April 28 in the final round, which, like most other events during these Stay-Safe-Ohio days, was held remotely. Rose Marie Ward, interim associate provost and dean of the Graduate School, said "I am so proud of the students. Our 10 finalists had to adapt to the new remote environment and be able to present a complex topic without any audience participation." The 3MT is a research communication competition for graduate students, held at universities worldwide. It challenges participants to present their research in just 180 seconds, in an engaging form that can be understood by an intelligent audience with no background in the research area. 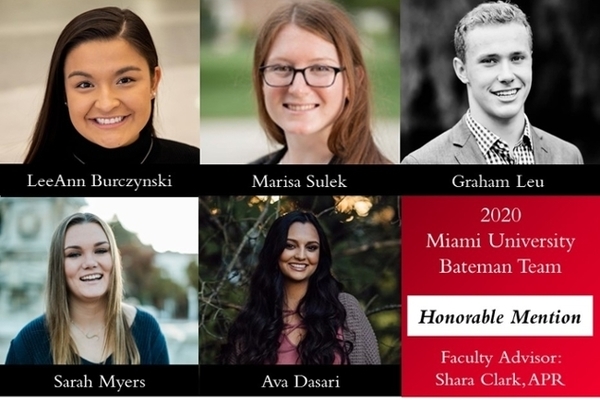 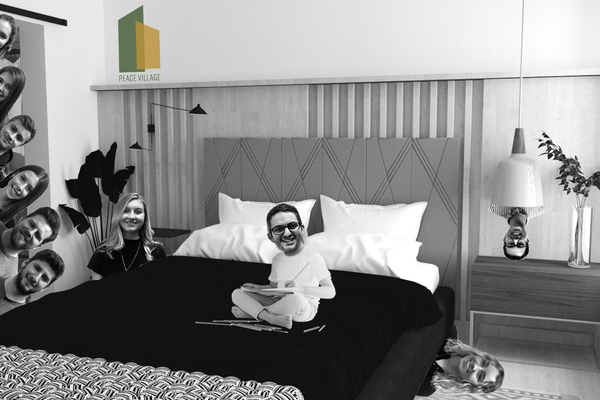 Miami University Students Win Grand Prize at Solar Decathlon
Students from the architecture + interior design and mechanical engineering departments at Miami University collaborated in the 2020 Solar Decathlon on April 18-19, 2020. The teams planned to travel to the National Renewable Energy Laboratory (NREL) in Golden, Colorado, to present their projects last week. The trip was canceled, but they were able to present their final proposals in a virtual event where they won the top award for Attached Housing and was awarded Grand Jury Winner in the residential division. 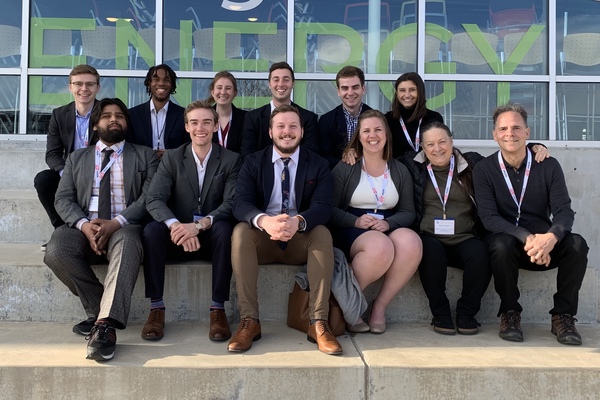 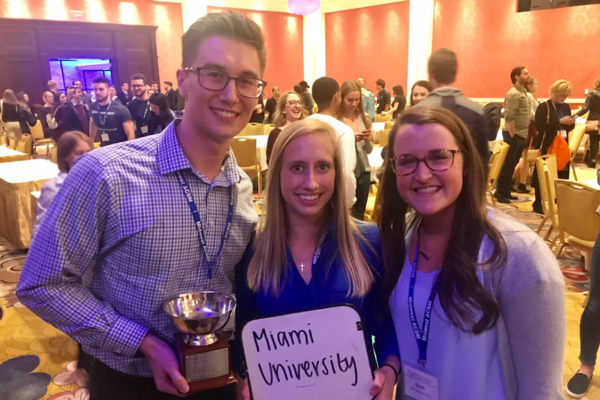 KNH students win ACSM Quiz Bowl
Miami kinesiology and health students Jared Bottger, Sarah Brown, and Taylor Roof received the first place trophy at the Midwest Chapter of American College of Sports Medicine (ACSM) Quiz Bowl Championship held in Grand Rapids, MI, on November 9th. The team, selected by the kinesiology faculty members, competed against approximately 20 other college teams in a Jeopardy-style tournament on physiology and sport medicine topics. On top of the trophy, the Miami team also won a paid trip to the ACSM national conference to represent the region in late May. In addition to the competition, 40 Miami students, both undergraduate and graduate, attended the conference with most presenting their research through oral or poster presentations. Dr. Cardyl Trionfante planned and organized Miami's trip and participation, which was also attended by numerous kinesiology faculty members including Helaine Alessio, Kevin Ballard, Randal Claytor, Ron Cox, Kyle Timmerman, and Mark Walsh. http://miamioh.edu/ehs/news/2018/11/knh-acsm-winners.html